The story that we heard this morning purports to be the Christmas story. You can hear it right in the opening words: “Now the birth of Jesus the Messiah took place in this way.” OK, so this is the story of Jesus’ birth. That must mean there’s a donkey, and no room at the inn, and a manger, and shepherds watching their flocks by night. You can see the whole pageant playing out in your head, from every December going back into your childhood, time out of mind. In my head I can see Linus from Peanuts in “A Charlie Brown Christmas” getting up and reciting the whole Bible passage in King James English. We know how the Christmas story is supposed to go. And this isn’t it.

Joseph had a story in his mind too. He was engaged to Mary, and they were going to get married, settle down, and start a family. In the fullness of time, perhaps he’d have sons to train in the carpentry trade, or daughters to be the apple of his eye. Maybe he looked forward, not to a dashing, exciting life—that wasn’t in the cards for a poor Galilean tradesman—but a quiet and contented respectability in his community. Joseph knew how his story was supposed to go, and this wasn’t it. Mary revealed to him that she was expecting a child, and he knew it wasn’t his. This was a heartbreaking tragedy, and maybe Joseph shed a tear or two, but he had a plan. For Mary to become pregnant with someone else’s child while she was engaged to Joseph was considered a form of adultery. It was a serious moral crime, one for which Mary could have been put to death. Joseph would have been devastated, and he didn’t want to go through with marrying someone he judged to be incapable of honoring her commitments. Still, though, Joseph didn’t want to see Mary come to harm or suffer disgrace, and so he planned to break off the engagement quietly. No, this wasn’t the story Joseph wanted to be living. But it was a role he knew how to play. He knew what it looked like to live as a decent, honorable Jewish man in this situation. He knew the script, and he was prepared to follow it, until God shredded his script and wrote him a new part. 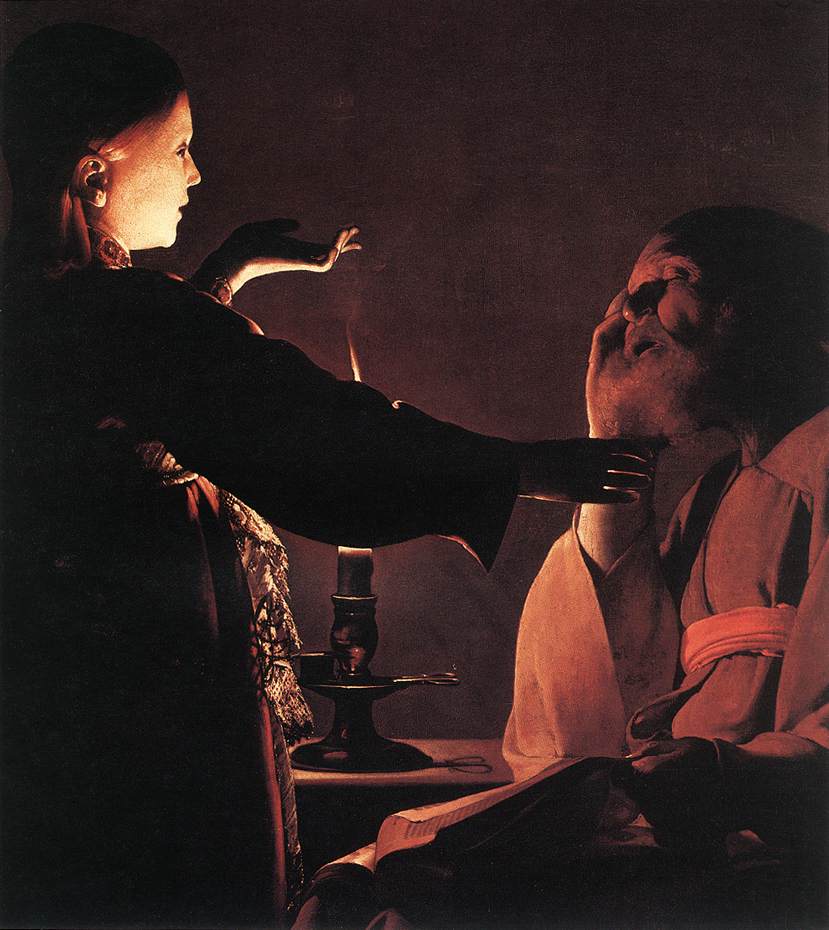 Here it is, in black and white: “The birth of Jesus … took place in this way.” This is Matthew’s Christmas story. When he sat down to write out the story of Jesus, when he set about imagining what it was people most needed to understand about his birth, it was this. It was Joseph discovering that Mary was carrying a baby that wasn’t his, and making a new plan. It was a visit from an angel in a dream, and the angel’s announcement that what was really going on was the fulfillment of ancient prophecy—a virgin carrying a special child, whose name is Emmanuel, God is with us. It was Joseph receiving his marching orders: take Mary as your wife, name the baby Jesus, Yeshua, Joshua—the savior of his people. It was the same God who had given Joseph the rules that guided his life telling him to rip up the rule book and do something completely different. It was Joseph awakening and putting aside everything his upbringing and his character told him was the right thing to do, and instead believing and acting on the angel’s message. It was Joseph and Mary refraining from intimacy, so that there could be no mistaking who was responsible for bringing this child into the world. The birth of Jesus, says Matthew, took place in this way. It’s not the story you expect. It’s a lot messier, and none of the rules you know will help you.

We know how the story of Christmas is supposed to go. We see it every time we turn on the TV or sing a secular Christmas song. Husbands and wives find one another the perfect gift. Families settle in on the couch, the picture of togetherness, as the fireplace roars and snow falls gently in the yard outside. Sumptuous Christmas dinners appear as if by magic. And everyone is all smiles. Christmas is supposed to be effortless, and satisfying, and joyful.

Is that your lived experience this month? If so, congratulations, and enjoy! But I have a hard time imagining the month of December without somebody in my family getting sick, without some snafu involving the Christmas tree falling over or drying out, without the dog committing some sort of atrocity with respect to the furniture or the decorations, without hunting for parking at a crowded shopping mall or waiting in line at the post office. And that’s a normal year. There have been other Christmases I’ve been out of a job and hoping for a little leeway from the bank on the credit card limit; others when someone I cared about was seriously ill; still others when I’ve been missing someone who had died just weeks before. And even if my life in any given year manages to thread the needle, even if I avoid personal and familial grief, it’s still the case that I live in a world where people bearing God’s image go without food and shelter and suffer violence and injustice. We know how Christmas is supposed to go. But it rarely does.

The angel that appeared to Joseph came to announce the coming of a savior. But here’s the paradox: if being a decent and righteous man like Joseph were enough, if it were sufficient for us to follow all the scripts we’re supposed to live out at this time of year, then there’d be no need for a savior. The birth of Jesus happens precisely because we haven’t got it together, because we haven’t got it all figured out, because try as we might to do right, we still end up hurting ourselves and our neighbors, because the scripts we’ve been handed by our culture can’t get us through all the stuff that life throws at us. The coming of the Messiah is necessary because life is messy—because we make the wrong choices, because we swim in unjust systems that wound our neighbors, because our bodies are fragile and vulnerable to disease, because the end of life catches up with us before we can fully live into its promised abundance. Look: if the perfect Christmas—for you and me, for our world—were possible, there’d be no need for Christmas at all. But as it is, the birth of Jesus takes place in this way, among imperfect, hopeful, hurting, wondering people like Joseph, like Mary, like us. The birth of Jesus the Messiah takes place in this way.

And then there’s that line, the one that perhaps embarrasses us as we tell the Christmas story for our children, but one which Matthew thought was an irreplaceable part of the story he was telling, that Mary and Joseph had no marital relations until the birth of Jesus. Over the years people have tried to make this about Mary, as though the world was waiting for someone pure enough to be worthy of Jesus coming into the world through her. Behind this there’s a kind of suspicion of human bodies, as though the normal things we do with them are somehow too messy for God to be tied up in. Sometimes people have taken this hilariously too far, such as when Martin Luther said in a Christmas Eve sermon that Mary experienced no pain in childbirth. But the precise meaning of Christmas is that God does get involved in the messiness of our lives. God took on a body like ours. In Jesus, God touched other human bodies that were sick, hungry, excluded, even dead. Part of the wonder and grace of Christmas is exactly that God comes to be with us, comes to be part of the mess and the hurt, to take part in guilt and loneliness and betrayal and death, to take a body that suffers all the same things we do and raise it up again at Easter as a promise of what God can and will do for each of us.

So what does it mean that Matthew’s Christmas story, Luke’s Christmas story, and Christian tradition going back through the centuries to the Apostles’ and Nicene Creeds all insist on the virgin birth. For hurting people like us, people whose lives are messy, people who haven’t got it figured out, the virgin birth is meant to be the most comforting part of the story. It means that the work of bringing God into our world isn’t up to us. It means that God can do a new thing quite independently of all our struggling and failing to do right. It means that Jesus is the Son of God, and that that there is something new under the sun—a presence and power at work in our world that allows us too to receive a new identity as God’s beloved sons and daughters. The birth of Jesus the Messiah takes place in this way!

I don’t know where you are in your Christmas preparations today. I don’t know if you’re ready or stressed out or sad. But the point is that however ready you might be or not be, God is ready for you. Christmas is coming and is here. Its meaning, its power doesn’t depend on your preparation or lack thereof. Christmas is a gift we receive from God with humility and gratitude. As the words of the Christmas carol go, “come, adore on bended knee / Christ, the Lord, the newborn King.”

So that discontent, that discombobulation, that discomfort and disquiet that I feel right now—and maybe you do too—is part and parcel of the story of Christmas. The birth of Jesus the Messiah takes place in this way. It takes place among a people like us, struggling to make the best of it and coming up short. But the real point is that it takes place through the power of a God who loves us, who saves us, who comes to be powerfully with and for us now and always. Amen.