The Tomb is Empty

Christ is risen, alleluia! Alleluia, he is risen indeed!

But if the message is that Christ is risen, that the one who was dead is now alive forever, it seems a bit odd that we don’t get to see him. The gospel lesson we read has an empty tomb. It has a couple of angels, or at least two men with a striking appearance who make a sudden entrance, and who tell the women that Jesus is raised. And it tells us that the women faithfully report everything to Jesus’ inner circle of eleven men, who think it’s a load of hogwash. Peter has enough sense to go see for himself, but he too finds only an empty tomb and abandoned burial wrappings. All in all, the evidence seems a bit thin. At the end of our story, Peter is amazed—wondering, confused, hopeful—but not leaping for joy and crying Alleluia.

There are a lot of stories you could tell that would fit the observed data, what we’ve seen so far. Maybe one of the disciples moved the body to stir up trouble—that’s what the Jerusalem authorities claimed at the time. Maybe the earthly body of Jesus as the Son of God was always a shadow puppet, a projection of his true self that simply dissolved after he breathed his last, and so its disappearance means he is truly gone forever, leaving no trace behind of the fleshy husk that suffered and was broken on the cross. Maybe that’s the best hope for us too—not the redemption of our bodies, but liberation from them. That’s not where Luke is going, of course, but we don’t know the rest of the story. We haven’t read it yet. And more importantly, neither had Mary and Joanna and the women. Neither had Peter and the men. Their reaction on that first Easter morning was not “Alleluia!” but “could it be?” Not “Christ is risen!” but “maybe this isn’t the end of the story, maybe there’s more to come.” 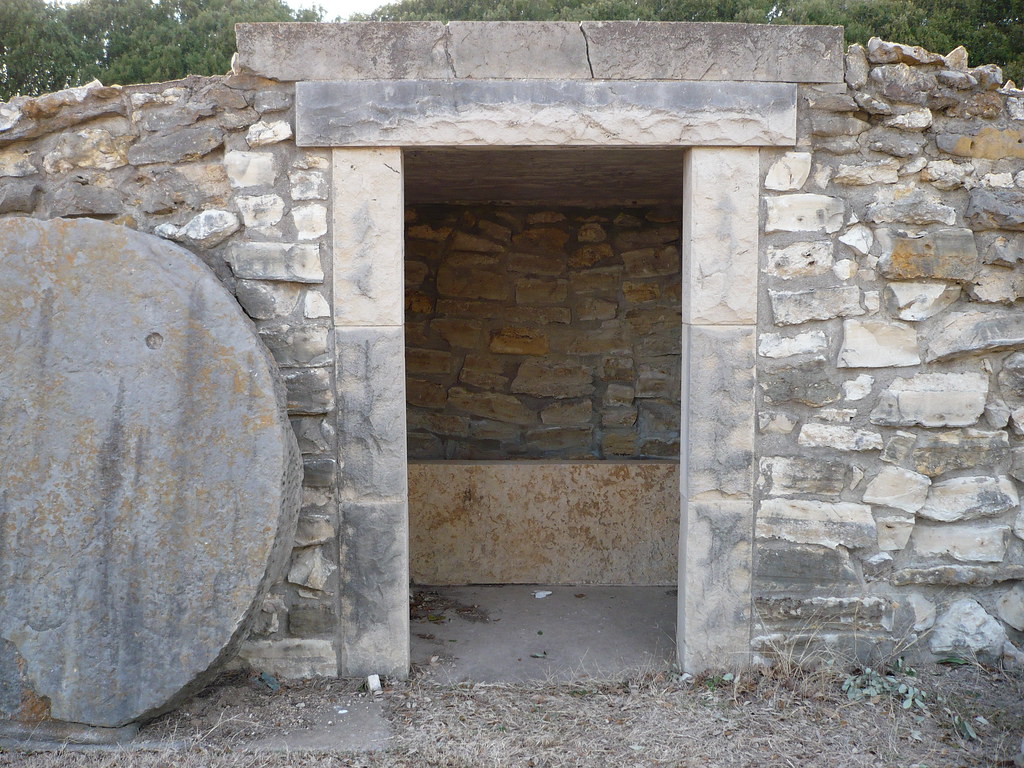 What is the empty tomb? It’s a surprise. It’s a disruption of the ending everybody knew Jesus’ story was supposed to have. Jesus healed the sick and suffering. Jesus fed the hungry. Jesus gave forgiveness and a new beginning to those who had lost their way. But to say it like that conceals the absolutely revolutionary nature of what Jesus was up to. Because there were people then and there are people now who see sickness and hunger and guilt and confusion and don’t think, “How terrible! How do I help?” There are people who see our vulnerabilities and our brokenness and see an opportunity for power and domination. And so when someone like Jesus comes along and sets hurting people free, there are always those who feel threatened as they feel their power slipping away. So for the cynical, the world-weary, it was no surprise that Jesus was killed.

Jesus had cheated death many times before—when the people of his home town tried to throw him off a cliff (4:29-30), when King Herod was after him up north (13:31), but now his luck had run out, and he had joined the scores of other tragic heroes who dared to think God had a better dream for creation. The hope of Jesus’ disciples died and was buried with him in the tomb. Death was the last word, the final trump card of those who wielded power in the world. It always had been.

And they had ways of coping. The male disciples fled in terror from the violence visited on Jesus, and huddled against the shadows in their locked room. The women watched from a distance as he breathed his last, saw him laid in the tomb, and prepared their burial spices. They were braver than the men, but just as accepting that this was just the way things were. They were as sure of this as they were of anything: a body laid in a tomb is not going anywhere.

What a shock then, to find the tomb empty! What a shock to hear those astounding words: “Why do you look for the living among the dead? He is not here, but has risen!” The empty tomb does not yet bring us into the presence of the risen Jesus, but it is a jolt, a shaking of the foundations. The empty tomb may not be cause for joyous celebration, but it brings surprise and bafflement, which is halfway there. The women, the Eleven, and many others would soon meet Jesus himself, in the flesh and very much alive again. But first they had to see that the tomb was empty.

There are empty tombs waiting for us to peer into. This week so many of us were shocked and saddened to see the fire that struck Notre Dame Cathedral in Paris. It is a place of worship and an extraordinarily beautiful one. The rich artwork and architecture was designed to inspire and strengthen faith in Jesus Christ, and it still draws people from all over the world. To imagine that something like this could be destroyed was like a punch to the gut.

Three years ago the First Presbyterian Church of Englewood, just a few miles from here, burned during Holy Week. Several of the members of Highlands used to belong to this church, and the pastor is a good friend and colleague. This week, in light of the fire at Notre Dame, he wrote about the experience of losing their sanctuary. “The destruction of our sanctuary just five days before Easter,” he writes, “made that Easter even more meaningful to us. Easter is a day when Christians celebrate the resurrection of Jesus from the dead. It represents life after death. It represents recovery from tragedy. In the aftermath of the fire, the coming of Easter helped us focus not on what we lost, but on what we could become. We were reminded that a church is the people, not a building … We lost our building, but we still had our church – because we still had each other, and God was with us. God still is with us.”1

Peering into the tomb of a sanctuary in ruins, the people of his church had discovered that their community was not there. It was the body of Christ, still very much alive. The tomb was empty! And as folks begin to peer in at the wreckage of Notre Dame, there’s been an outpouring of generosity—hundreds of millions of dollars pledged for the restoration effort—that makes you wonder what other kinds of problems (clean water, hunger, homelessness, disease) we could solve. Because if such resources can be mobilized practically overnight to rebuild an old church, so much great good is possible, if only we muster up the will! When something awful, something devastating has happened, it just means that God hasn’t yet had the last word.

Where are the empty tombs in our own lives? Where is your fear holding you back from testing a possibility or an opportunity that you don’t dare to hope for? Is there a relationship you’ve shoved to the side because of some painful things in the past, where you think, “I could call her, but I already know what she’ll say.”? Is there a hurt from your past you know you need to bring into the light with a therapist or a trusted friend, but you’re just too scared? Is there an apology you need to offer, or forgiveness you need to extend to someone, but you can’t imagine how it would change anything? You already know how the story is meant to go. Maybe you’ve been disappointed before. But let me ask you this: what if the tomb is empty after all? What if God has written a surprise ending better than anything you dared to imagine? What if Christ is alive? What if everything good and right is still possible? Make that call, or say you’re sorry, or take that first step, and see what the tomb holds, if anything at all.

Courage, generosity, compassion… These are the marks of people who know the tomb is empty, that the sad old story has a surprising twist. And this has an impact not just on us, but on our neighbors too. What are the chances that Peter would have left the safety of that locked room, if the women hadn’t come crashing in with their story about an empty tomb? He scoffed with the rest as they told their tale, but he went to check it out anyway. And at the end of the story Peter is in the same place as the women: “Maybe? Could it be? What if?” You don’t know, you can’t know, the impression you’ll make on others, when you talk, when you act, when you live as someone who believes and understands that the tomb is empty, that appearances are not what they seem, that a good and loving God might just be the one to have the last word. You don’t know what much needed hope and courage you might awaken in someone else.

Jesus did appear to the disciples later that day. He spoke to them, ate with them, touched them even. In God’s time, “maybe” gives way to “yes,” and confusion gives way to understanding and joy. One day our lingering wounds will be bound up, one day we’ll be reunited with those taken from us by death or separated from us because of human failings. One day we’ll be in the presence of the risen Lord Jesus. But in the mean time God gives us the wonder of an empty tomb—a hope, a possibility, a “what-if?” The tomb is empty. The story is not done. Death doesn’t get the last word. The last word belongs to the Lord Jesus Christ, who rolls away the stone and floods the tomb of fear and despair with resurrection sunlight.

One day that sunlight will energize and renew all of creation. But for today it’s enough to trust the angels’ words, that Jesus is not where he was supposed to be, that the living have no business resting with the dead. It’s enough to live with the hope the church of Jesus proclaims today and always:

Christ is risen, alleluia! Alleluia, he is risen indeed!