A Life Preserver, Not an Encyclopedia

There’s an old joke from the Soviet Union that goes like this: Man runs across Red Square, shouting at the top of his voice, “Brezhnev is an idiot!” He’s arrested. Given ten years in prison: one for insulting the president. And nine years for betraying a state secret.

In ordinary life, you read a story. When you pick up the Bible, the story reads you. Today’s gospel lesson is about what attitude we need to bring to the scriptures. Jesus teaches us to come to the scriptures with reverence and awe, the way you’d approach the Grand Canyon. He teaches us that the purpose of the scriptures is to fire our love for God and neighbor, and that we always have more to learn. The Bible isn’t a dead book of answers. It’s a living book, an unfinished book that can only be completed when we write the rest of the story with the way that we live.

Jesus teaches this lesson during a debate with the Pharisees. The Pharisees get a bad rap in the New Testament, so I should tell you that Jesus actually had a lot in common with the Pharisees. The Pharisees believed that the Jewish faith ought to be a whole way of life, and so did Jesus. They believed in teaching people to obey the commandments, and so did Jesus. Jesus didn’t have a problem with what they taught—he had a problem with their example. The leaders of the Pharisees wanted to be looked up to, respected, and honored. They wanted people to depend on their interpretation of religious teaching, and to reward them for it. They used the scripture to manipulate others and gain prestige and goodies for themselves. And that’s how they use the scriptures in their debate with Jesus.

They ask Jesus another trick question. Last week we heard about how they tried to trip him up on the question of paying Roman taxes. This week the gotcha question is about the Torah, which means “the Teaching.” The Torah is the first five books of the Bible, and it’s the story of how God called the covenant people into existence and blessed them with a land and a way of life. The Torah contains 613 commandments that Jews were supposed to follow as a way of honoring the God who had saved their ancestors and led them to the promised land. So the lawyer for the Pharisees approaches Jesus and asks him which one of these commandments is the most important. You can see where this is going, right? He expects that Jesus is going to say, commandment X is the most important, and then the lawyer can say, what about commandment Y—don’t you think that’s important too? Some teacher you are, Jesus. Come on everybody, let’s get out of here.

Jesus is too smart, though. Sometimes I think Jesus doesn’t get enough credit for his craftiness. He answer’s the lawyer’s question with not one commandment, but two. “Love the Lord your God with all your heart, all your soul, and all your mind,” in other words, love God with all that you are and all that you have, and “love your neighbor as yourself.” Jesus says that all 613 commandments are just commentary on how to do these two things. He hasn’t left anything out. There’s no cause to complain. Jesus has escaped the trap.

So he asks a question of his own. He asks the Pharisees about the Messiah, the deliverer that God has been promising the people for generations. Jesus asks, Whose son is he? In other words, whose descendant is he? The Pharisees have got to be stunned. They asked a graduate-level seminar question, and Jesus turns around and asks a kindergarten question. Whose descendant is the Messiah? All the prophets agree—the Messiah is a descendant of King David, someone who can properly rule over God’s people. But then Jesus quotes Psalm 110, which, according to Jewish tradition, had been written by King David. It’s a psalm about a king who defends and delivers God’s people from their enemies. But it opens with these words: “The Lord said to my lord.” Jesus points out something strange here—isn’t it inappropriate for David to refer to his descendant as “my lord”? You expect that the descendants pay respect to their ancestors, not the other way around. How do you explain this? Jesus asks. All of a sudden we’re not in kindergarten anymore. The Pharisees don’t have an answer. In fact, from this moment on they decide to stop asking him questions. They can’t neutralize Jesus with words, so they’ll have to use violence.

But what’s going on in this exchange? Does it matter whether the Messiah pays respect to David or vice-versa? Not really. Jesus was making a point. The Pharisees make such a show of studying and living the scriptures, and they came to Jesus all too eager to use their knowledge as a weapon against him, to attack him, to trip him up, to eliminate him as a threat. Jesus is showing them that there’s a lot they can’t explain, that the scriptures contain mysteries they can’t untangle. The scriptures contain wonders that they can’t capture or tame. That’s the point of Jesus’ question. You don’t read the story, he’s saying. The story reads you. You don’t own the Word; The Word owns you. What you need to do is not to understand the scriptures so much as to stand under them, with humility and awe.

Think back to our Hebrew scripture lesson. This is the last chapter of Deuteronomy, the last book in the Torah. It ends with Moses dying before he can reach the promised land. It’s an unfinished story. Of course, when the Jewish people hear the story, they know what happened next—after Moses died, the Hebrews settled down in the land God gave them. Actually, this is one of the traditional mysteries of the Hebrew scriptures. In the past, people thought that Moses had personally written all the books of the Torah—that’s what made them special—but how could he have written about his own death? So don’t be so sure that you own this story. 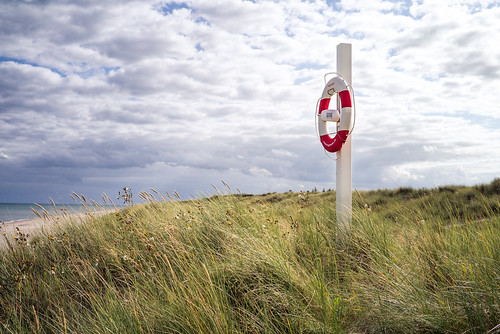 There are more important mysteries. The Bible doesn’t tell us why there’s evil in the world. It tells a story about Adam and Eve and a serpent, about how the first human beings made a terrible decision, but it doesn’t explain how the serpent got to be there or how he got the idea in his head to convince these humans to disobey God. Why do we have to suffer illness? Why do our relationships fail? Why are there earthquakes and tsunamis and hurricanes? Why is there war and death? The Bible doesn’t answer that question.

And I’m not sure it needs to. Think of a baby waking up hungry in the middle of the night. Does he need to know in that moment why babies get hungry, or does he need his parents? Or think of a woman trapped in a car wreck beside the road. Does she need to know right then how the crash happened, or does she need paramedics? There comes a time for understanding why, but right now these people just need to know that help is on the way, that someone cares, that it’s going to be all right. And so I think of the way that people in this community have used the scriptures. I think of one of the members of this church giving his testimony in worship, and telling us about his depression and anxiety, and how he was able to hang on to what he learned from the scriptures, that nothing, nothing can separate us from the love of God in Jesus Christ. That’s not an explanation, and it’s not a magic wand to make the hurt go away, but it’s hope. It’s a life preserver thrown into the stormy ocean.

There are always Pharisees that want to own the story. There are always those that want to take the life preserver God throws us and turn it into a fashion accessory or, worse, a club to beat the heads of other people struggling to keep afloat. You’ve seen them around—I don’t have to name names. Sometimes it’s enough to make us want to swim away from the life preserver, isn’t it? If scripture can be used that way, we say, then I don’t want any part of it.

But there’s another way to interact with the scriptures. There’s Jesus’ way. Jesus says that the scriptures teach us how to love God with our whole selves and to love our neighbors rightly. He says that this is how we remember how much God has done for us, how we honor God, how we stay connected with the God who in the past has come down with power to love and save, and who will come again. And Jesus himself, we say, is God’s Word, the real message God wants to tell us. This message, Jesus, is God’s own presence thrown into the sea with us. He’s the pledge that God will never give up on us, until we’re home and safe at last.

I don’t know everything about the scriptures, and that’s OK. I don’t read them. They read me. They read comfort and purpose and hope into my life. They support me when the waves are breaking over my head. And so I’m not up in this pulpit to offer explanations. I’m not here to dispense wisdom or justification for the way things are. I’m here to show you where the life preserver is, and we can hold onto it together until this God of tireless love plucks us out of the sea at last. Amen.