When we were growing up together, my brother and sister and I did our share of fighting. My brother and I, particularly, were close in age, and so it was natural for us to come into conflict over the same toys, over a perceived slight, over… anything, really. Somehow, though, we all managed to pull ourselves together when grandparents or other relatives came to stay with us. There was a truce. We behaved for company. We knew that a new set of eyes was upon us, and so we gave a good account of ourselves.

In our gospel lesson, Jesus is teaching his disciples and a crowd gathered on a hillside in Galilee. He’s been traveling around the region, speaking about the kingdom of God. More impressively, from the people’s point of view, he’s been demonstrating the kingdom of God. He’s made it real for them by healing sick and injured people of their diseases, and by casting out demons. All eyes were on Jesus. Everybody saw what he was able to do. So when Jesus announced that the time had come for God to release people from bondage, they believed him, because they saw it happening with their own eyes. That’s what brought such a crowd out to the hillside that day.

All eyes are on Jesus. All ears are attentively listening to him. And what does he say? “You are the salt of the earth,” he tells them. “You”—not I, you—“are the light of the world.” Jesus gives them two images from daily life—salt, used not just to season, but to preserve food, and a burning lamp that lights up a house. What makes these things worth having is that they are useful, they accomplish some purpose. If salt isn’t salty anymore, Jesus points out, you throw it away. And no one is so daft as to light a lamp and cover it up. (Remember that in the ancient world there were no LED light bulbs–these lights were open flames, and so putting a bushel basket on top of them would have been sheer foolishness!) But in any case, the whole point of having a lamp is to produce light. Otherwise, why bother lighting it?

Jesus is talking about the purpose of disciples. Like us, these people have drawn near to Jesus because they believe God is remaking the world, shaping it with a justice and goodness we can only imagine right now, and they can see it happening wherever Jesus goes. But Jesus points his finger right back at them. If others are going to believe in the kingdom of God, he says, it will be because they see it happening in you. Because of what you do, people will rejoice. They’ll honor and praise God because of you. You are God’s salt and light. You have a purpose, a special use. All eyes are on you.

Jesus doesn’t choose these images arbitrarily. Salt brings out the flavor in food. It makes you sit up and take notice. It can also be used to preserve meats, turning a slaughtered carcass into a lasting source of food for a household. Too much salt, we know, can cause all kinds of health trouble. But in the ancient world, where they knew nothing of Cheese Doodles and potato chips, salt helped promote health by keeping electrolytes in balance. When these people thought of salt, they thought health, hygiene, nourishment. And you know salt when you taste it. Jesus wants disciples who make others sit up and take notice, disciples who preserve life and nourish others.

And light, too, was not the easy convenience it is for us. Households in Jesus’ time used oil lamps, and the oil was a precious commodity. One house—which would have been small, maybe the size of your dining room and kitchen—would have had only one lamp, as Jesus’ words suggest. Everyone in the house would benefit from that light, whether they were doing chores or enjoying a Friday-evening Sabbath meal. Light is not meant to be hidden, Jesus says, but to be seen. Jesus wants disciples who are seen, disciples who point the way toward what God is doing with their words and their actions.

There are plenty of salty disciples. There are plenty of Christians who burn brightly. The trouble is, they’re often not the same. A few years ago, David Kinnaman, president of the Barna Institute, wrote a book called “unChristian,” where he takes a look at the attitudes of the popular culture toward the Christian church. He found a remarkable shift in the way people see Christians. In the 1960s, even amid all the turbulence of that time, when you asked the average person on the street what they thought of Christians, what words they would use to describe them, you would hear adjectives like: generous, loving, accepting, honest, straightforward. But now the perceptions have turned around 180 degrees. Ask the average person on the street what he or she thinks of Christians, and you’ll hear: narrow-minded, judgmental, bigoted, hateful, hypocritical, homophobic. These are not impressions that cause people to turn around and praise God. Somewhere along the way, the salty disciples stopped burning quite as brightly. At some point we allowed decidedly un-salty words and actions to speak for our faith.

Here’s what it comes down to: it may be that the only Bible that your neighbor will ever read is your life. What will they see there, what will they taste there? All eyes are on us, and Jesus invites us to be the salt that preserves and seasons God’s love, to be the light that shines along the way toward God’s kingdom. I’m sure we can all think of an example of someone claiming to speak for Christians saying or doing something hateful. But it’s not enough just to be sad or angry about it. For every preacher who goes on TV to say that the victims of a natural disaster had it coming, there should be thirty other preachers reminding us all that we believe in a God who shows us through the cross of Jesus that God loves us and suffers to forgive and save us, even though we have it coming. And there should be three hundred Christians on the ground feeding the hungry and administering first-aid, and there should be thirty thousand supporting their efforts and asking their friends to help. 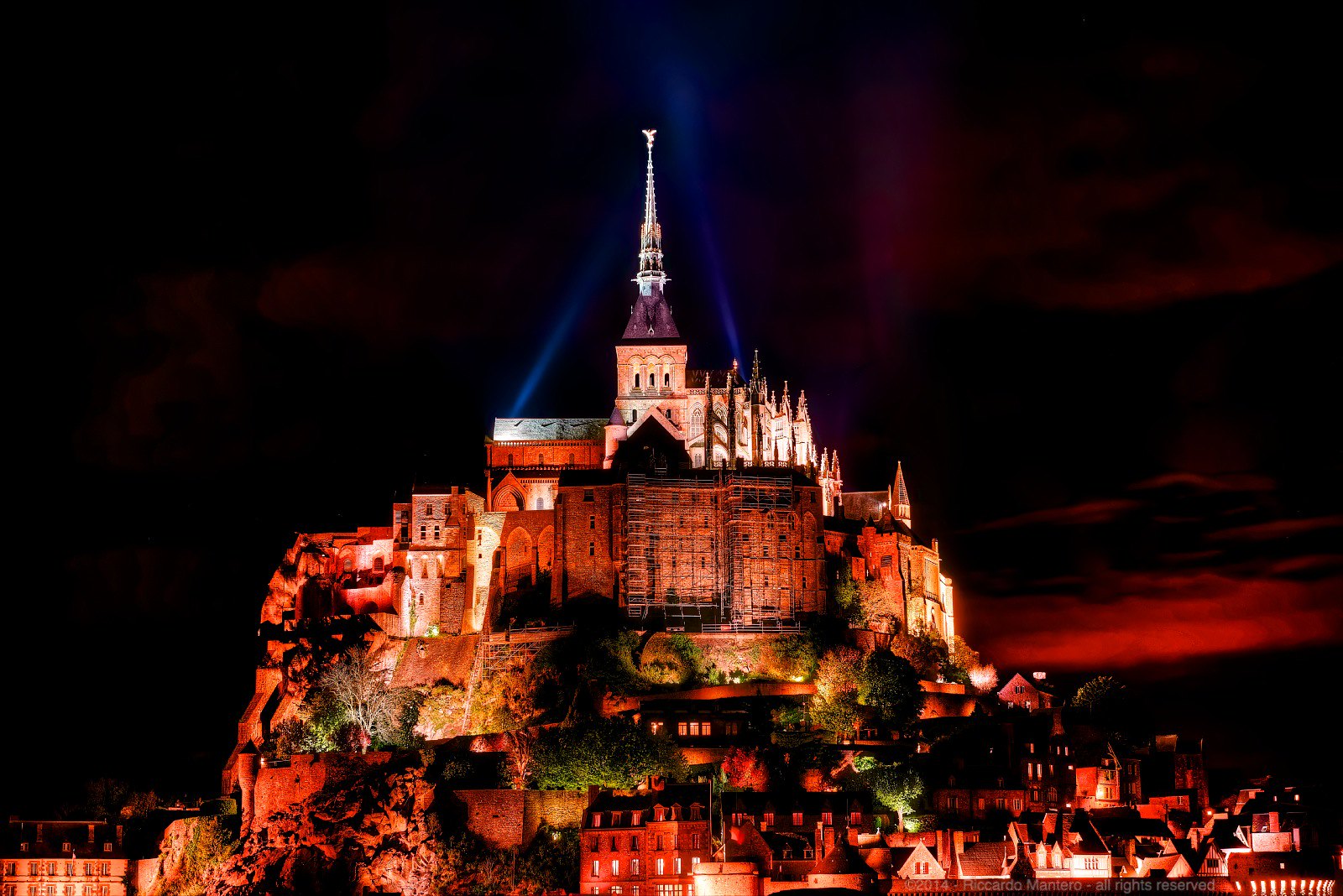 “You are the light of the world,” says Jesus. “A city built on a hill cannot be hid.” Those words have taken on a special meaning in our country, and as we enter into this presidential election year, it’s worth remembering them. On the Mayflower, John Winthrop warned the Pilgrims who were about to found a settlement in Plymouth, Massachusetts, “For we must consider that we shall be as a city upon a hill. The eyes of all people are upon us. So that if we shall deal falsely with our God in this work we have undertaken, and so cause Him to withdraw His present help from us, we shall be made a story and a by-word through the world.”1 Winthrop called his people to pursue a community that lived out the words of the prophet Micah to do justice, love mercy, and walk humbly with God. He said that this meant a commitment to solidarity as a community. He said it meant that those who had more than enough needed to share with those who lacked life’s needs. Here is how he put it:

For this end, we must be knit together, in this work, as one man. We must entertain each other in brotherly affection. We must be willing to abridge ourselves of our superfluities, for the supply of others’ necessities. We must uphold a familiar commerce together in all meekness, gentleness, patience and liberality. We must delight in each other; make others’ conditions our own; rejoice together, mourn together, labor and suffer together, always having before our eyes our commission and community in the work, as members of the same body.

Now, I have to say, I’m not someone who’s going to sign on to everything John Winthrop and his friends thought necessary for a godly community of saints. In Puritan Massachusetts, you could be fined for celebrating Christmas, and that is not OK with me! And there were any number of stringent punishments for those who failed to live up to the Puritan fathers’ godly ideals. But how can you not be inspired by these words about a community, a city, a country “knit together … in brotherly affection”? Is he wrong in telling us, as I think he does all these years later, that the pains and struggles of people of color, of rural white workers, of the homeless, of injured veterans, of the uninsured and the hungry, ought to be burdens for all of us to share together?

President Ronald Reagan, who I have to say, set the image for me during my childhood of what a U.S. President was, picked up on Winthrop’s words, and he referred to them often in his own speeches. For Reagan, being a city on a hill included celebrating the attractiveness of the American project to freedom-seeking people all over the world. And it meant opening the doors for all who wanted to join this community. Here is what he said in his Farewell Address:

I’ve spoken of the shining city all my political life, but I don’t know if I ever quite communicated what I saw when I said it. But in my mind it was a tall, proud city built on rocks stronger than oceans, wind-swept, God-blessed, and teeming with people of all kinds living in harmony and peace; a city with free ports that hummed with commerce and creativity. And if there had to be city walls, the walls had doors and the doors were open to anyone with the will and the heart to get here. That’s how I saw it, and see it still.2

As we consider who it is we want to install in positions of authority, as we think about what values are going to guide our life as a nation going forward, and the values we embody in our communities and our lives, it’s worth reflecting on how the people who came before us wrestled with Jesus’ words. It’s worth thinking about how well we live up to them. Are we committed to sharing the burdens of the weakest among us? Are we committed to welcoming anyone with the will and the heart to cross the threshold of our church, or to arrive at the border of our country?

The eyes of the world are upon the church of Jesus Christ, and the communities apart from the church that Christians create and lead. Jesus’ example—seeking out the sick and the stranger, feeding and healing the needy—this is what causes people to sit up and take notice. That’s a shining light that will make them—and us—want to praise God for all we’re worth. Amen.