I think it was two or three weeks into the pandemic last year when I noticed them. At the supermarket checkout, on the payment console, now wrapped under layers of plastic, the screen showed an array of buttons—contribute to hunger relief, $1, $2, $5. I had just talked to somebody in town who had lost his job, and knew a lot of other neighbors were facing similar struggles, so I punched the button, and my grocery bill got a little higher, but maybe if a lot of other people did the same thing, who knows?, it might make a difference. But I wasn’t going to miss a few dollars on this grocery trip, or the next one, or the next one. It felt like a good thing to do, but it was hardly a risk.

“[Jesus] sat down opposite the treasury, and watched the crowd putting money into the treasury. Many rich people put in large sums.” It was Tuesday, just before Passover. It was two days after he entered Jerusalem on a donkey in a festive procession. It was three days before he would be executed for blasphemy and sedition. In between, Jesus taught in the Temple. He taught his disciples and anyone who would listen about God’s kingdom and how far away it was from the religious leaders who ran things in this town. But now Jesus is taking a break, sitting across from one of the thirteen trumpet-shaped collection boxes in the outer courtyard of the Temple. It was an unremarkable moment during what would become an exceptionally remarkable week.

The collection went to support the work of the Temple. This was not the poor box—those offerings were collected separately. The money that went into these boxes kept the building in good repair, supported the priests and officials, and made it possible for people to continue to bring their sacrificial offerings to this special place. Adult men had to pay a mandatory Temple tax. Beyond that, additional donations were encouraged and appreciated, but not required. The folks Jesus saw making these lavish offerings were giving more than they had to. They probably felt good about their giving, felt it was the right thing to do… and who’s to say that they were wrong? But I wonder whether these gifts affected them any more than my donation at the supermarket counter affected me. Did their gift represent life change, or was it just spare change?

We often talk about gifts changing the lives of those who receive them, but what about gifts that change givers? When was the last time you gave a gift that changed you, that forced you to look at your life and your neighbors and God differently?

I once lived with a brilliant guy, a law student, who was addicted to watching televised poker games, the ones where people wear big hats and sunglasses. As he watched, he would calculate odds in his head, and then offer commentary on what how players should bet. I know next to nothing about poker, but I got a feel for the dynamics of betting as I watched with him. Things really change when a poker player goes “all in.” When a player is unable to keep up with the betting, they push their entire stake into the pot. After that point, the player can’t be bluffed, because there’s nothing more to risk. Their fate is tied to whatever cards they happen to be holding. And so this one risky decision changes the game, at least for the player who makes this move. 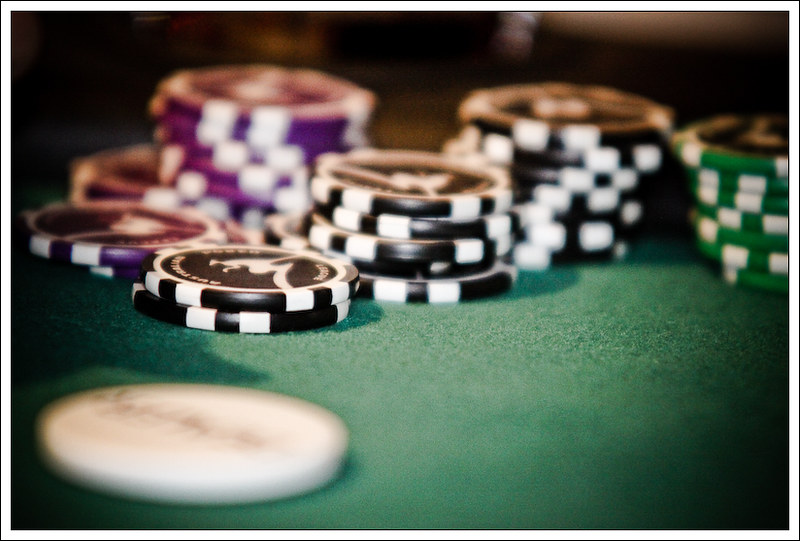 “A poor widow came and put in two small copper coins….” She was a woman, and so she didn’t have to pay the Temple tax. She gave because she wanted to—two small copper coins that together were one-sixty-fourth of a laborer’s daily wages—about 90¢ in our money. She gave to support the work of the Temple, to ensure that God would continue to be honored and worshiped there. “Then [Jesus] called his disciples and said to them, ‘Truly I tell you, this poor widow has put in more than all those who are contributing to the treasury. For all of them have contributed out of their abundance; but she out of her poverty has put in everything she had, all she had to live on.’” It may be a small gift, but it’s big for her. Where is her next meal going to come from? Even one of those two coins might have bought her a little bread for supper. But now they’re gone. This is a woman who has gone “all in,” and the game has changed. There’s no more shopping, no more making choices about how to spend money that isn’t there anymore. From now on, if the woman receives food and shelter it will be because her neighbors not only worship the God of Israel, but also follow God’s law, which says widows and orphans and foreigners are to be protected and cared for. The woman’s gift changed her in a way that the rich folk’s gifts didn’t change them. It put her in a position of trust and dependence with respect to God and the community God had called into being.

In the end this story is about the giver, not the gift. It isn’t about two copper coins and what they can purchase. The woman in the gospel story gave not two copper coins, but, Jesus says, “all she had to live on,” or literally in Greek “her whole life.” She traded the last bit of security she had, maybe just enough for a simple meal of bread, for what? Some interpreters say they don’t want to lift this woman up as a model of generosity. They say that Jesus lifted her up not as a hero, but as a tragic victim. After all, we just heard him lay into the religious establishment for its preening self-regard, and for its corruption, as it cheated and devoured the property of widows just like this woman. Do we lift her up as a model of generosity, or as a dupe, someone of whom the whole corrupt establishment is unworthy, but someone whose goodness is ultimately swallowed up by that same system?

Something else is going on here, though. When Jesus looks at this woman, someone who sacrificed “her whole life” for her people, it’s a foreshadowing of the gift Jesus is planning to give on behalf of all of us. Three days after Jesus pointed out the widow in the Temple, he would go “all in” for us. He would give up his freedom, his security, his friends, his respectability, to be arrested, abandoned, and humiliated. He would give up even his precious, abiding feeling of God’s presence, enduring God’s silence and absence on the cross. He would give up his life, to give new life to us, not a people who were simply misguided or ignorant, but a people hopelessly tangled up inside, unable to recognize good much less do it. And on Good Friday, from the cross, to all appearances it seemed as though his gift was every bit as foolish and tragic as the widow’s. But God raised him and gave his gift power to save all of us. When people go “all in” with their lives, it may look foolish or risky, but God has a way of blessing and multiplying what we offer. That’s why the gift isn’t nearly so important as the trust and love of the one who gives it.

“Her whole life…” Jill Welter has begun to reach out to us about our pledges for the coming year, and while that’s important, this gospel story wants us to step back, to consider not just our gifts, not just the transactions or donations we offer, but to consider ourselves, and what kind of givers we are. The poor widow gave “her whole life” in a reckless, passionate act of trust and sacrifice. Your financial contribution, and in fact, all of the time and energy you spend at church is just one small part of your whole life. What part of yourself have you been holding back? What would it take for you to go from spare change to life change? What would it look like for you to go “all in” for Jesus?

What if you were to pick a day (take a random stab at your calendar), and make the whole day an offering to God? Don’t make elaborate plans… just go through your routine, whether it’s work or school or gardening or reading or cooking or whatever, and approach this time with the mantra: “This is all for God.” Say it to yourself, offer every action, no matter how insignificant: “This is all for God.” You are not doing anything new or different—you’re just making yourself aware of the offering you make all the time. How does it change the way you interact with the people in your life? How does it change the way you feel about your day? You could jot down some notes about what you were pleased to offer to God, and what made you feel embarrassed or inadequate. What needs to change so that every part of your life can be a living sacrifice, holy and acceptable to God? What would it take for you to go “all in”? And how might your life be different if you did?

Don’t get me wrong—your gifts matter to this congregation, as well as the other organizations you choose to support. But our gospel lesson points us toward the bigger picture of a whole life offered to God. Your pledge is an important part of that, but it’s not the whole story. Stewardship is about loving God with all our heart, soul, and strength, with nothing left over. We love God when we provide for the families God has given us. We love God when we deploy our resources in ways that build community with others, rather than insulate us from one another’s struggles. We love God when we tread lightly on the earth with our resources, when we’re attentive to how our spending supports or suppresses the hopes of the poor in the developing world. We love God when we use our time purposefully—producing, caring, enjoying rest and beauty—rather than destructively or wastefully. Stewardship is the ongoing struggle to be shaped into a giver like that widow, taking our “whole life” and making a living sacrifice of it. It’s about learning to go “all in,” to offer everything we have to the one who gave everything for us.

Let us pray: O God, you never grow weary in your love for us. In Jesus Christ you gave yourself for us. You went “all in,” holding nothing back. Teach us how to offer our whole lives to you. Keep us conscious that every moment of our life is an offering, a response to your gift to us. Make us worthy givers, so that with the poor widow who gave her last coins to the Temple, we may learn how the game changes, how we find freedom and security when we trust in you. In Jesus’ name we pray. Amen.