Good News to the People

This month our family has been building a treehouse. Not a real one—this one is a large Lego set, and my wife and I have been releasing the bags of bricks to the kids day by day as we move towards Christmas. Right now we’re up to step 309 out of 894. So it’s a lengthy and complicated process. The directions show you how to build up the structure, layer by layer, so that all the components fit together just so. But sometimes you make a mistake: you skip a page, you misunderstand a step, and you continue up to the point where you have to join two sides, and you discover they aren’t level. Or you have to lay down a piece, and something else is in the way. It would be more convenient if these mistakes thwarted us right away, but it doesn’t always work out that way. Sometimes you discover, much to your frustration, that you have to tear down a wall, you have to go 20 steps back or more, to correct the error you made.

In last week’s gospel, we heard about John the Baptist. This week we see him in action. Last week we heard that he came “proclaiming a baptism of repentance,” and this week he tells the assembled crowds, whom he calls “a brood of vipers,” that they need to “bear fruits worthy of repentance.” He goes on to tell different groups of people what repentance will look like for them, and the passage ends with a summary of his preaching, calling it “good news to the people.”

What is repentance? What does it look like for us? And why is it good news?

We don’t know for sure, but it’s likely John spoke Aramaic, and the word he used in that tongue would have be tuv—or in the older Hebrew language of the Old Testament shuv—which means, “turn aside, come back.” It’s like our family discovering the mistakes we made in constructing the treehouse. It means acknowledging that you’ve gone in the wrong direction, and that the only way to get back on track is to retrace your steps, to unwind the error, and to start again. 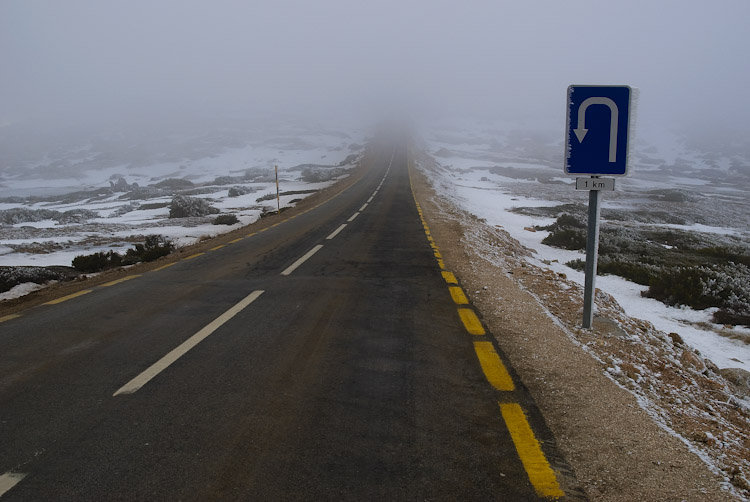 And you can see this in the symbolic act John chooses to hammer his message home. The Jewish people remember the story of the exodus, and how their ancestors passed first through the waters of the Red Sea, and then through the Jordan River, as God led them into the promised land. John brings people back out to the Jordan River, and he has them pass through its waters, so that they can re-enter the promised land fresh and cleansed. To repent means to backtrack all the way to the exodus, to the story at the foundation of their identity as God’s people, so that they could be ready for what God was about to do. And John’s not quite sure what that looks like, but he does know that it’s his job to prepare the way for the one coming after him.

All four of the gospel books in the Bible talk about John the Baptist, but only this story in the book of Luke shows John giving practical advice to the people. Only this story has him spell out exactly what repentance looks like, if you’re a tax collector, or a soldier, or an ordinary person. John presses the point, with images of an ax at the root of an unfruitful tree, and a winnowing fork sorting out the good grain harvested from the field from the useless chaff.

So repentance isn’t only spiritual, it’s practical. It has consequences that reshape the way we live our lives, as we wait for God’s coming.

John doesn’t pull his punches. He aims squarely at the injustices and inequities of first-century Roman Judea. And he makes demands of people that go beyond piety, that impact the ways they make their living, and relate to the state. Tax collectors, he says, shouldn’t use their authority to collect funds beyond what the Roman government requires. Soldiers shouldn’t take advantage of their special status as armed agents of the state to abuse or extort ordinary people. (It must have been a common occurrence if John thought to bring it up like this!) And everyone should look to share their excess, over and above the necessities of life, whether it be food or clothing, with the poor. This is what repentance looks like. This is what it takes to put up a squarely built structure, ready and waiting for God’s next step.

Share your abundance with those who don’t have enough. Refuse to use your power to dominate and exploit others. These are lessons that carry over into our own time.

It was so encouraging this weekend to hear the news from Jill Brown that all of the children assigned to our congregation for Project Angel Tree had been spoken for by members of this community. These are children whose parents can’t be with them on Christmas because those parents are incarcerated. Prison Fellowship, a ministry that works with the imprisoned, organizes this effort every year, where these incarcerated parents can select gifts for their kids, and folks like us can buy those gifts and deliver them to the children. This is one way to live into the spirit of repentance preached by John—sharing the wealthy you have in a way that blesses and lightens the burdens of our neighbors.

John is also concerned with systems that fall heavily on vulnerable people, though. In his message to the tax collectors and the soldiers, he invites us to examine the ways we participate in injustice. A report by the Equal Justice Initiative highlights the way that discrimination in jury selection can lead to wrongful convictions, and people spending years behind bars for crimes they didn’t commit.1 It’s painful enough to think about imprisoned parents and children separated for Christmas, without thinking about the possibility that some parents shouldn’t be in prison at all. As citizens of a democracy, all of us are responsible for our public institutions. Like the soldiers and tax collectors John speaks to, it’s our responsibility to do what we can to lift the burdens of injustice from our neighbors.

Repentance means acknowledging that all is not as it should be. Repentance means taking apart the structures in our lives and in our relationships and communities that are not sound, so that they can be put back together in a way that is just and strong. Repentance, in John’s ministry, goes hand-in-hand with forgiveness. To have a new beginning, to have your debts wiped out and your sins forgiven, to re-enter the promised land, you can’t simply carry on as before. If forgiveness is to be more than wishful indulgence, it needs to be received with repentance, it needs to be accepted with a changed life.

The Hebrew word translated as “good news” in the Old Testament is “besorah,” and the Greek word translated that way in the New is “euangelion.” Both these words did not start out as religious words. They are used in a secular way to talk about military victories. When Israel defeats its enemies on the battlefield, it’s good news. But that term is also used in the book of Isaiah to describe the message about the end of the Jewish people’s exile in Babylon. They can return home to Jerusalem—good news!

Good news is not news that happens to be good. It’s not simply a description of recent events that the speaker and listener might feel positively about. Good news is about the securing of a future for God’s people. It means that something threatening that future has been defeated, that a roadblock standing in the way has been removed, and the pathway is clear.

And forgiveness-with-repentance is good news. God’s forgiveness means that our past doesn’t get to dictate our future. It means the release of our debts. It means the slate is wiped clean. And repentance means we’re willing to try something new, to move in a new direction, so that we don’t stay stuck in the old patterns of hurt.

Where might you offer someone the gift of forgiveness in this Advent season? Where might you lighten the burdens of someone through your repentance, through choosing a new way to live in relationship with them? All of us are called through John’s words to embody the good news he proclaimed…

… even as we wait for the fulfillment of that good news in its fullness, in the coming of Jesus. Because God doesn’t send forgiveness from heaven in the form of a Christmas letter. God doesn’t shout from afar for us to take a new direction. God comes alongside us. John says it himself—the one who is coming after him is stronger than him, embodies the message more fully than he ever could, and will bring it to completion. Jesus’ hands, his touch, his presence, his sweat, his tears, his blood—this is the good news John points toward, God opening the way to a new future for all of us.

In the end, the good news of great joy is the baby cradled in the feeding trough, and everything he does. But while we wait, good news is ordinary people who act with mercy and gentleness, who work for justice, who live in the hope, the trust that one who is stronger than all of us is coming. Come, Lord Jesus! Amen.