In ninth grade I built a model rocket. We all did: it was for the engineering class that was required for all ninth graders. But before we built the rocket, we had to design it, and the fins were the key to getting your CO2-powered tube to go straight up into the sky, deploy a parachute out of its nose, and land safely on the ground again. The teacher, Mr. Gottschalk, set up a spreadsheet that was supposed to tell us whether the fins were good, and I dutifully entered the dimensions into it and got the OK. I didn’t understand all the math and physics that went into those calculations, but I trusted that they were sound. That turned out to be a big mistake.

On launch day, Mr. Gottschalk set up my rocket on the launch pad and pressed the button to puncture the cartridge of high-pressure CO2. The rocket immediately twirled in a wild loop, and my classmates and Mr. Gottschalk dove for cover as the out-of-control rocket veered toward them, and then writhed on the ground before expending its charge of gas. When I went to Mr. Gottschalk afterward to ask what happened, he rifled through some papers on his desk, and held up my carefully drafted drawing of the rocket. The fins were circled in red pen, with the words “Looks unstable!” written beside them. This is just the kind of feedback I would have appreciated having before I nearly killed someone out on the athletic field. When you set out to build something, you want to be sure you’re building on a solid foundation.

In today’s gospel lesson, Jesus offers some words of warning and encouragement. These words come at the end of a spellbinding teaching Jesus gave before a large crowd in the Galilee region, his home country. In Matthew’s gospel, Jesus climbs up a mountain, but here, in Luke, he gathers the crowd in a level place, and so we call this the Sermon on the Plain. He spoke for some time about the Kingdom of God, and last week we heard him talk about how the poor and the hungry and the grieving should take comfort and rejoice, because the Kingdom was meant first and foremost for them, to console them and fill them and provide them with an inheritance. And he warned those who were rich or full of food or content that the things they held now would not last. And he urged everyone to treat their neighbors and their enemies with the same generosity and kindness God shows to us, giving us always better than we deserve.

Here, at the end of the teaching, Jesus focuses on just what it is he wants his listeners to carry away with them. He urges them first of all not to worry so much about what’s wrong with others—take care of the log sticking out of your own eye, he says, before digging around for splinters in your neighbor’s eye. (This is a joke, and you should imagine the crowd laughing. Don’t ever let anyone tell you Jesus wasn’t funny.) What matters, he says, is what your heart produces—just as a good tree produces good fruit, so those with a well-conditioned heart produce good words and deeds. 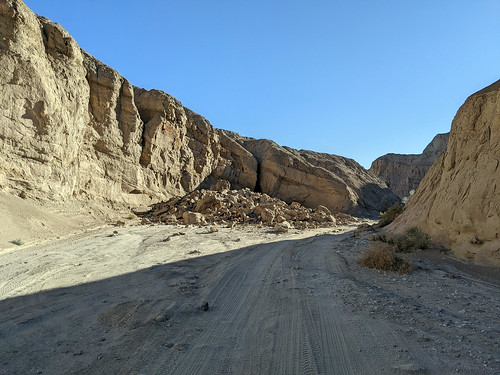 Then Jesus shifts to a different image. What you want, he says, is to build a house on solid ground. In the desert there are dry, seasonal streambeds called wadis. (In the American Southwest they’re called arroyos.) Now, there’s not typically much growth in these dry, sandy streambeds, so they might look like a good place to build a house. And you’d never know the difference until the rainy season comes, and you find your house at the bottom of a riverbed. The smarter approach is to build your house up above the streambed, on the rocks. Jesus’ words are like a geology lesson. Once you hear them, you’ve been warned. You know where to build now, and you’d have to be an idiot to put up your house in the wadi.

That’s because the rain is coming, ready or not. Crisis is the test of any way of life, whether it can stand up not just in easy times but in moments of hardship. Early followers of Jesus were persecuted, but they also endured some of the trials that come to us just because we’re human. It rains a lot in our lives. We’ve all lived through the pandemic. And maybe, apart from that common experience, you’ve experienced the way that even welcome transitions in your life—a new child, a new job, a new home—can disrupt old familiar habits. Life doesn’t stand still, does it? And when the rains fall, when the rug gets pulled out from under us, when we get sick, when relationships end, when we get laid off—that’s when you learn the difference between a house built on sand and a house built on rock.

But there’s a different kind of rainfall. Not the painful tragedies common to human life, but the terrible and awesome power of a God who loves the world enough to reshape it into something more beautiful and complete. That was the rain that fell, literally fell, in Noah’s time. The rain scoured the earth, cleansing it of the violence and oppression that had taken hold, and clearing the way for a new creation. Noah was saved because he had listened to God and built the ark—and it wasn’t just Noah, but his family and the animals he took with him. When the rains came, he was ready. And Jesus wants us to be ready for this kind of rain, too.

People have argued about this sermon. Throughout the history of the church, some people have said that only priests and monks and nuns had to put Jesus’ words in practice, and the rest of us could ride on their coattails. In other words, we should try to crowd into the houses of a small number of other people that are building on solid ground, rather than trying to build our own house. Some people said that because Jesus was the only one who could live this way of life perfectly, the best that the rest of us could hope for was to ride into the kingdom on his coattails. Other people have said that Jesus was expressing ethical ideals that we should strive for, but that in practice we shouldn’t feel guilty about making compromises. In other words, we should love our enemies unless our enemies are unlovable. This is like saying we should appreciate the blueprints, but that it doesn’t matter whether we actually build the house. I don’t think that’s what Jesus meant. I think he understood that his words were hard and that we would fail to put the into practice perfectly. Building a house isn’t easy. Once when I was in college I went with a group to a Habitat for Humanity project in a nearby town. They asked me to work on some framing work around a staircase, and I did for a little while. But when the leader came back, he looked at my work, frowned, and said, “Why don’t you join up with the painters outside? I’ll take care of this.” Carpentry wasn’t my strong suit.

And let’s face it, there are things about the house Jesus wants me to built that aren’t my strong suit either. But isn’t that precisely the point? Isn’t that why God gave us each other, why God gave us a church? If I’m building my house in the wrong place, I might not be able to see it, but maybe you can. If I’m no good at carpentry, if I struggle to turn the other cheek, if I hesitate to be reconciled to my neighbor, then maybe I need your eyes and your hands to help me build. And maybe you need my painting skills, for whatever they’re worth!

The rains are coming. It rains a lot in our lives, and these crises test our houses and their foundation. But kingdom people get to build their houses on Jesus’ words together. They get to withstand the floods, to pull one another to higher ground together. We get to celebrate the transformation God is working in our world, to enter the kingdom together, thanking God for the gift of solid ground. It’s time to get busy. It’s time to put Jesus words into practice. It’s time to build a house. Amen.