One Thursday night when I was in sixth grade, I’d been up late working on a research project presentation I was going to have to give in class. It was something to do with scribes in ancient Egypt—that’s all I remember. But I had procrastinated horribly and was now in way over my head. There was no way I was going to get this thing done in time. Now, in my recollection, my 9:30 bedtime was non-negotiable, but I stealthily set the alarm for 5:00 in the morning, enough time to squeeze in a passable effort on the poster backdrop for my talk. I went to sleep. At 5 the beeping of the alarm clock rousted me out of bed, but I saw there was something odd about the light filtering in through the slats in the blinds. Snow! It had snowed overnight, and the big, fat flakes were still coming down from the sky. It was enough to cover the grass completely, which doesn’t necessarily mean anything in northern New Jersey, but in Virginia it was a virtual guarantee of a snow day. I crept downstairs, turned on the TV with the sound muted, and sure enough, the county superintendent had canceled school. I was saved! I had not just today, Friday, but a whole weekend-long reprieve! I wasn’t going to take this windfall for granted—vowing never to put myself in such a position again, I finished the poster before going outside to play in the snow. It was an unexpected gift—more time.

Has this ever happened to you? Have you been barreling along toward a looming deadline when you lucked into an unexpected reprieve? Have you received a dreadful medical diagnosis and come out the other side? Have you rekindled a friendship or other relationship that seemed all but lost? There are so many things people strive for—money, respect, affection. All of these things you can lose and win back again. But time… time is an especially precious gift, because it’s the one thing we can’t claw back.

Today’s reading from the gospel turns out to be about time. That’s not what you think it’s going to be about at the beginning. Some people come to Jesus and tell him some horrible news. We’ve grown all too accustomed to horrible news these last few years, haven’t we? The images coming out of Ukraine continue to be heartbreaking, and as I read the scripture for this week, I couldn’t help thinking of the people in Mariupol, where a theater being used as a shelter came under attack. Stories like these grab hold of us by the heart, and it was just the same for people in Jesus’ time. You feel grief, you feel anger, you want to help, you want to hit back. So I imagine the people who came to share this news with Jesus felt some or all of those things.

Pilgrims from the region of Galilee, Jesus’ own home, they said, had been killed in Jerusalem on the orders of Pontius Pilate when they went there to offer sacrifices in the Temple. Now, the historical record doesn’t help us identify exactly what incident they were talking about, but something like this wouldn’t have been out of character for Pilate, the Roman governor who ruled over the province of Judaea with a heavy hand. People who hold authority often use their power in brutal, devastating ways, and the innocent suffer. We can see that with our own eyes today.

Here’s the sort of question you expect to hear, or the sort of question you might be inclined to ask yourself, when you hear a story like this: Why? Why does God allow this to happen? Is it a kind of punishment? Did these people do something wrong to bring this on themselves? What does it mean? Are we supposed to learn some lesson, or take some kind of warning from this tragedy?

If those are your questions, then what Jesus says isn’t very comforting. No, he says, there is nothing special that distinguishes the people killed by Pilate from yourselves. This didn’t happen to them because they did anything wrong, over and above the rest of you. It just happened. He brings up another tragedy—a tower collapsed in Jerusalem and killed 18 people. Again, he says, this didn’t happen to them because they were especially wicked people… It just happened. And unless you repent, Jesus says, you’ll be destroyed in the same way.

This is where I hear my seminary professor’s voice in my head pointing out that Jesus would have absolutely failed a class in pastoral care. But let’s remember that he’s not speaking with victims. We have plenty of stories to show us that Jesus treats those who are sick, who are excluded, who are condemned, who are bereaved with compassion and tenderness. In this story, though, he’s not speaking with those who have suffered themselves, but with bystanders trying to make sense of it all. And maybe, as we consider the hurt and the heartbreak going on in the world around us, there’s a good word for us here too.

Jesus tells a parable. He uses a story to make his point. And it’s there we begin to grasp the grace he’s offering. Imagine a fig tree in a vineyard that just won’t produce any fruit. The owner of the vineyard says to the gardener, “What a waste of space! Let’s cut it down.” But the gardener says, “Give it another year. Let me do my best to fertilize it, and we’ll see if we can’t coax it to give us some fruit. If not, then we’ll cut it down.” 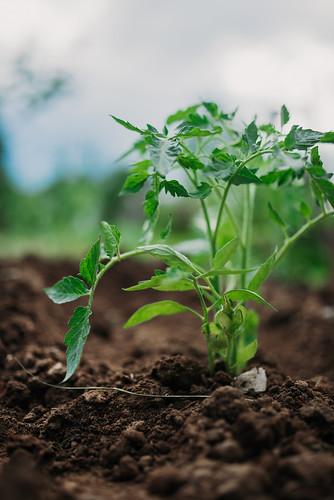 This is a story about time. Time as gift and grace. In my office I have a book of prayers in the tradition of Reformed Christianity, the larger family within the Christian church that Presbyterians are part of. These prayers come from many different communities and cultures around the world. And there’s this one prayer that utterly captivated me. It’s a prayer recalled by someone who was a child attending an African American Presbyterian Church at the middle of the twentieth century, a prayer spoken at the beginning of Sunday worship. “We bow at your footstool of mercy, Master,” the prayer reads, “to thank you for our spared lives. We thank you that we are able to get up this morning clothed in our right mind, for Master, since we met here, many have been snatched out of the land of the living and hurled into eternity. But through your goodness and mercy we have been spared to assemble ourselves here once more…”1 These are words spoken on behalf of a community with a deep awareness of the grace that God gives with the gift of time.

These tragic stories that the people in the gospel lesson bring to Jesus—what do they mean? What they mean, Jesus says, is that you have the gift of time that somebody else didn’t have. And the urgent question they force on us is not “What did these people do to deserve what happened to them?” but “Wow… life is fragile and comes to an end all too quickly… What do I need to do today because, by God’s grace, I’m still here?”

Jesus is aware of his own time, too, isn’t he? Last week we heard about how he brushed off a death threat from Herod. Today, tomorrow, and the next, he says, are for healing people, and then I’ll be on my way. Jesus knows God has given him the time he needs for what he’s supposed to do. His awareness of danger only makes him more committed to the task God has set for him.

Sometimes you get to see what it looks like when someone really seizes the gift of time. At one of the first funerals I was asked to officiate, I hadn’t known the woman who had died. She had lived in the area before moving away to a retirement community. Her friends and neighbors from this area spoke cautiously about her: “She always told you what she thought!” they said. “She had a sharp and cutting wit!” A picture emerged of a woman who had experienced loss and tragedy, and whose bitterness and anger routinely boiled over. But at the service her granddaughter got up to speak. Those of you who knew my grandmother up here, she said, you don’t understand what she became. After she retired, it was as though her life had begun all over again. She opened herself up and made new friends. She enjoyed her years. She let go of the past. She became a new woman, said the granddaughter, and I am so, so grateful to God that I got to see it happen. The final season of this woman’s life changed the whole story. God, the patient gardener, made it a rich and fruitful time.

God wants and expects fruitfulness from us, but God is patient and tender also, aerating the soil around our roots, supplying us with the nutrients we need, and giving us time to grow and bear fruit. Every day we are alive is a day for embracing what God is giving us. Every moment God is calling us to bear spiritual fruits—generosity; forgiving love; uprightness in our personal, social, and economic relationships. Every minute of every day is an opportunity for repentance, for turning of the mind’s energy and attention away from destructiveness to fruitfulness.

Today you have received the gift of time, time that not everybody in the world has. What fruits is God hoping, longing to see you grow with this gift of time? Life is fragile and the time we’re given in this life doesn’t last forever. Tragedies happen. But the proof of God’s love isn’t in what happens or doesn’t happen to us. The proof of God’s amazing love is, as the apostle Paul says, that while we were still sinners, before we had produced any fruits worthy of the name, Christ died for us. It’s his life, his death, his great love for us, that nourishes our roots and sends new life out to our branches. Know that God is tending you, coaxing you, coming back day after day hoping to find something new and beautiful and lifegiving. What fruit do you need to bear today? Don’t wait. Life is fragile. But, today, for us, through God’s grace, there is still time! Amen.