We were playing outside in the front yard when it happened—there was a crunch of metal and a hiss of steam, and I looked up and saw two cars twisted together in the street. I couldn’t have been more than ten, and my brother and sister were younger still. I hadn’t seen it happen, but they had, and a few days later a man wearing a suit and tie rang the doorbell at our house. He spoke to my mother for a minute, then he pulled out a notepad and a pencil, and my mother invited him to come inside, and she told us that he wanted to ask us about what had happened the other day. I don’t remember whether he was from the police or an insurance company or a lawyer’s office—the finer points escaped me at that age. And I’m afraid I wasn’t much help, but he spoke for a few minutes with my brother and sister, jotting down their answers in his notepad. We were just kids, but we were witnesses to the accident, and every little bit of information he could gather was important for some purpose—and whatever the full story was, I hope it was sorted out in a way that was fair and just.

Today is Ascension Sunday. It’s a day that marks the end of the Easter season, the end of the period Jesus spent with his disciples after God raised him from the dead. Jesus is leaving them, withdrawing into heaven to make way for the coming of the Spirit, which he says will clothe them with power from on high. Let’s leave that aside for today—we’ll have plenty of time later to talk about Pentecost. Today I want us to hear Jesus’ words of commissioning. I want us to listen to the task he sets for his disciples, and for the new community that will gather around them, a community that continues to this day as the church of Jesus Christ throughout the world. “You are witnesses,” he tells them, tells us. But witnesses of what? Witnesses for whom? And witnesses for what purpose?

We have witnessed a lot too. We’ve witnessed violent white supremacy ascendant in Charlottesville, the Tree of Life synagogue attack in Pittsburgh, and this month’s shooting at the Topps in Buffalo. We’ve witnessed a global pandemic that continues to expose the fissures in our nation and our communities, and the difficulty of coming together for the common good, even when we all face the same threat. We’ve witnessed, this week, the death of children in Texas, and the recitation of the same tired talking points that ensure that high-powered and deadly weapons will continue to be available to those who intend to do harm with them, knowing in our hearts that without the will to change this, such crimes will happen again and again. We are witnesses of these things, and any number of tragedies that are particular to each one of us—illness, loss, regret.

And the risen Jesus, gathered with his disciples in Jerusalem, doesn’t take away any of what they have witnessed. He doesn’t wipe away the heartache they carry. What he does instead is to situate that heartache in a bigger story, the story of the scriptures. And so the betrayal and injustice and violence Jesus suffered, seen in this larger story, become something different. With their minds opened to understand the scriptures in a new way, the disciples see that the Messiah is recognized by his suffering—that it’s on the cross, stripped of all power and helpless, that he takes his throne. And not only this, but the suffering of the Messiah, Jesus says, has opened the way to forgiveness of sins and reconciliation between God and human beings, not only for the chosen people, but for all nations. The disciples were witnesses of betrayal and injustice and violence, but in the presence of the risen Jesus and with a new understanding of God’s story, they are witnesses of something bigger and truer and more beautiful.

What are we witnesses to? The heartache and grief of this week, for sure. But that’s not all.

We are witnesses with the disciples to the suffering Messiah, the crucified and risen King, whose power is most manifest among the poor and the sick and the grief-stricken. Members of this church have seen miracles of feeding unfold when we’ve shared tables with families being housed by the Family Promise Shelter. We’ve seen our labor multiply to build houses in Paterson. We’ve heard testimony in this very sanctuary from friends who have experienced Jesus’ healing presence as they’ve wrestled with mental illness, family conflict, and loss. We’ve known grace upon grace. We are witnesses to these things. And so Jesus commissions us too to tell the story, to tell the whole story. 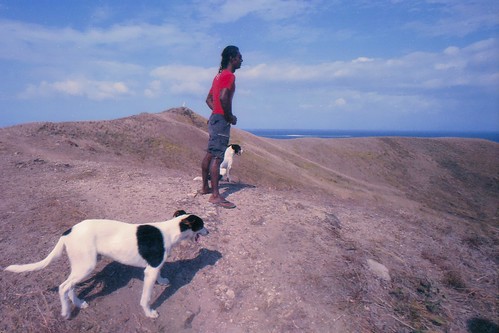 What does it look like to be a witness?

For Jesus’ disciples, it means, first of all, to wait. To wait. Sometimes that’s hard. We’re part of a culture that prizes activity and productivity, that stigmatizes idleness and silence and contemplation. But the disciples’ waiting has a purpose. They are not yet equipped for their task. Jesus says that God promises to clothe them with power from on high. So they are waiting for that promise to be fulfilled, to receive the power that will allow them to carry out their mission of being Jesus’ witnesses.

Jesus’ own life was punctuated with these moments of waiting on God. Jesus would withdraw to a quiet place to pray. After his baptism, he spent forty days in the wilderness. And when the crowds pressed in on him, he took the disciples on a prayer retreat. Jesus himself, full as he was of God’s power from the very start, took time to wait on God.

Why do the disciples have to wait? Because Jesus is trying to instill in them a habit of trust. He is trying to show them that God is faithful, that God keeps promises, that God can be depended on, can be looked to for gifts to meet their calling.

What does it look like to be a witness? It means trusting that God will equip us to meet the moment we face.

What power from on high do you need to be clothed with today?

I confess this week that I am angry, I am heartsick, I am weary. I have offered prayers in this sanctuary now after dozens of eruptions of gun violence. The first one I remember was the shooting at Virginia Tech in the spring of 2007. If thoughts and prayers were enough to stop this violence or ease the hurt it leaves in our communities and in our country, then we would have all that we need, because there’s been no shortage of either. There are any number of proposed policies to screen gun purchasers or restrict the deadlier forms of weaponry that would reduce these deaths, that would reduce the harm, and I don’t profess to know the best combination of them. But I am angry because everywhere I turn, there seems to be a push to do the exact opposite—to make it easier to get and carry the deadliest weapons available, to put more guns in more hands, as if that’s a solution. There’s something disordered in the heart of our culture that makes us, collectively, choose a destructive path.

What do we do as a church to bear witness in a way that might change this? Maybe we need to pray in a new way—not the sorrowful, resigned prayers we’ve been offering, but the prayers of the disciples eager to be equipped with God’s power.

Jesus’ commission is not ultimately a commission to stand still. He sends the disciples out to show the world a new way, God’s way of peace. There is more to the story. There is loss and grief transformed into hope. There is a path from the grave to new life. We are witnesses of these things. May God clothe us with purpose and power. Amen.