“Who is my neighbor?” the lawyer asks Jesus. How do you answer that question?

I think back to the time our son decided to make his way into the world some three weeks early. It was 10:30 at night, my parents and in-laws were hours or days away, and our daughter was asleep. We called our neighbors across the street, who gave our daughter a place to stay so that we could make our way to the hospital. They’ve been there for us through the years, praying for us, asking our prayers for them, watching the house while we’re out of town, inviting us into their warm house after Hurricane Sandy, welcoming our kids to join their grandkids when Santa Claus drops by every December, and just generally being generous and helpful friends that God has dropped into our lives.

Who is your neighbor? Maybe there’s someone like this you can think of, someone who’s been there for you at a challenging time, ready to help—and maybe you’ve done a good turn or two for them over the years as well.

In today’s gospel, Jesus is arguing with a lawyer. That’s not something I would generally want to recommend, because lawyers argue for a living. They’re better at it, and they enjoy it a lot more than the rest of us. “Just then a lawyer stood up to test Jesus…” Those words, “just then,” are a sign that we are jumping into the middle of the story, that something has been left out. Last week we heard about how Jesus sent out seventy disciples to teach and heal and forgive and do good in his name, in all the surrounding towns and villages. Jesus has heard their report, and he has just prayed a blessing over these simple and unlettered folk who went out and came back after proclaiming God’s kingdom. Thank you, God, Jesus prays. Thank you for entrusting good news and grace to ordinary people, and hiding these things from the experts. Jesus utters these words with unbridled joy at what God is doing, overflowing the carefully dug channels meant to direct the Holy Spirit in ways that powerful people find convenient and acceptable, with a flood of powerful goodness. And its right in the middle of this scene that our gospel passage begins:

“Just then a lawyer stood up to test Jesus.” This is not a seeker. This is not someone who comes to Jesus with an open mind, eager to receive wisdom. This is a privileged and powerful man who resents Jesus’ celebration of the capacity of simple people to be bearers of God’s grace. Is it a coincidence that Jesus pronounces a blessing on his followers, and then, “just then,” a lawyer stands up to test him? Surely not. This is someone who wants to take the wind out of Jesus’ sails, to “justify himself,” as the text says—and not just himself, but the whole religious establishment.

So he asks Jesus a question: “Teacher, what must I do to inherit eternal life?”

What an odd question… what would you say about someone who asked, “What must I do to inherit a billion dollars?” Get yourself adopted by Warren Buffett or Jeff Bezos, you’d say. An inheritance isn’t something you can conjure up out of the air. It isn’t something you create or earn. It’s a gift that flows out of a family relationship. And so what the lawyer is asking is not, “How do I earn my salvation?” The lawyer is asking what it means to be part of the family of God, what kind of life is fitting and proper for someone who identifies as God’s child.

Well, answers Jesus, what does the Torah say? What do you read there?

And the lawyer gives the safe answer that any expert in the Hebrew scriptures would give: Love God with all your heart, soul, strength, and mind, and love your neighbor as yourself. The rabbis of Jesus’ time agreed that all the commandments were encapsulated in these two things. Right, says Jesus, so do that. But then the lawyer asks, “OK, so who is my neighbor?”

For him, neighbor is a noun. A neighbor is a person. Some people are neighbors, and some aren’t. There are some people God calls me to love as I love myself, and there are other people who fall outside that circle of concern, because they aren’t neighbors. When neighbor is a noun, the important question is the one the lawyer asks, because it’s important to know who’s in and who’s out, where your obligations begin and end.

I grew up with Sesame Street, and I can hear the words of one of that show’s songs ringing in my ears… “Who are the people in your neighborhood? They’re the people that you meet, when you’re walking down the street, they’re the people that you meet each day.” That’s one way to answer the question, “who is my neighbor?” The people around you, the ones you see every day, the people you have an ongoing relationship with, the people you share things in common with—who shop in the same stores, whose children go to the same schools, whose houses and jobs and habits are more or less just like yours. Maybe these are the ones you should care for.

But I also grew up with Mr. Rogers, and he sang a different song: “Won’t you be my neighbor?” he asked. Once, when he was asked about what this meant, he answered, “I suppose it’s an invitation. It’s an invitation for somebody to be close to you.”1

Fred Rogers wasn’t just a children’s TV host. He was a Presbyterian minister. And he knew that for Jesus, neighbor wasn’t simply a noun. It wasn’t a way to classify people. Neighbor is a verb. It’s a way of drawing near to someone, and sharing not just physical space, but also care, anxiety, excitement, sadness, joy. It’s an invitation to help shoulder burdens and to celebrate together. That’s how to neighbor.

And that’s what Jesus’ parable is about. If neighbor is a noun, the priest and the Levite had the better claim than the Samaritan to being a neighbor to the other Jewish man, the one who had been mugged and left by the side of the road. But that wasn’t the question Jesus asked at the end of the story, was it? Jesus asked, “Which of these three, do you think, was a neighbor?” Which of these three did a better job neighboring the man in need? When you start to see that neighbor can be a verb, things look a little different, and not even the lawyer can deny that the Samaritan, the one who showed mercy, neighbored the man the best of all of them. 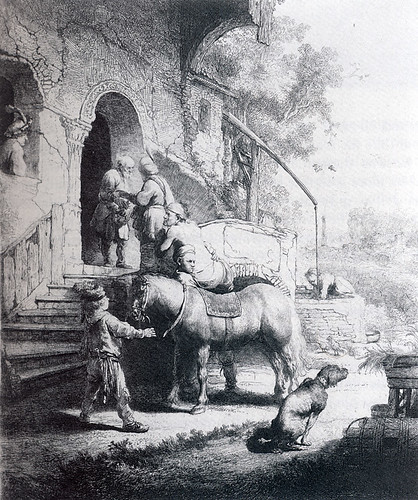 When we use neighbor as a verb, not a noun, we start to see things differently. Fred Rogers certainly did. In 1969, during a summer when neighborhood pools were being shut down across the country because certain white folks didn’t want to swim alongside black folks, Mr. Rogers filmed an episode where he invited Francois Clemmons, a black cast member, to share a wading pool and a towel with him. When neighbor is a noun, you might get to thinking that somebody with a different color skin, or a different religion, or a different gender or sexual identity isn’t a neighbor. But if neighbor is a verb, if it means an invitation to be close to someone, then those things don’t matter so much as offering someone with tired, hot feet some cool water. Or setting an example for children and families all over the country to follow.

When neighbor is a verb, not a noun, it shakes things up. You remember that what kicked all this off was Jesus celebrating the ordinary disciples who were able to bring forth God’s presence and healing power wherever it was needed? That looks dangerous to the lawyer and his friends, because they want to set the terms about how and where and for whom God’s goodness can work. If neighbor is a noun, then the experts are the ones who get to interpret and discuss and decide who’s a neighbor. But if neighbor is a verb, then it means all of us are empowered, all of us are called, to neighbor one another.

How do you neighbor, in the way that the Samaritan traveler neighbored? It seems to me you keep your eyes and your heart open. He didn’t set out to do anything extraordinary—he was just going about his business as he set down that road to Jericho. The call to neighbor someone interrupts us in our everyday lives.

It could be a kid asking you to use a new name or different pronouns. Honestly, that seems like the easiest thing in the world to me, but some people don’t want to do it, and it causes hurt and confusion. Love your trans or non-gender-conforming neighbor as yourself—when people use the right name for you, and address you the way you like to be addressed, you feel upheld and respected, so do the same for others, and set a good example.

How do you neighbor? It could be going the extra mile for a busy parent or a burdened elderly person in your orbit—running errands or taking care of something that needs doing around the house. It could be inviting someone who’s new or out of place or disconnected to share a meal. It could be attuning your heart to pick up on signs of hurt, and doing what you can to bind up someone who’s wounded.

In the end, Jesus isn’t asking anything of us he hasn’t done himself. At one time or another, in different ways, we’re the one lying mugged on the side of the road—mugged by our addictions, our broken relationships, our unhealthy and destructive patterns of living, our sins. We’re the ones that respectable people pass by on the other side of the road. We’re the ones that Jesus has every right to pass by—why does the Son of God need to concern himself with a wrecked and pitiful heap of half-dead humanity? Jesus had every right to walk on by. But Jesus is the one who asks himself, not whether we count as a neighbor of his, but how to neighbor us. He’s the one who bandages our wounds, carries us to safety, and provides for our needs. And Jesus invites you to join him in learning to neighbor, in letting it seep into your bones and become part of who you are, and in this way to be caught up in Jesus’ own eternal life in God. Amen.