When I was a kid we had something called the chore wheel. (Actually, there were two of them.) Every day each of us three kids had responsibilities. One wheel told us whether we were going to clear the dishes off the table, put away leftovers, or dry the dishes that one of our parents washed in the sink. Another one told us which of the main rooms we would be vacuuming. And on Friday night, there was a checklist of bigger housecleaning tasks. The rule was that you had to pitch in 100% from 7 to 8pm, but after that it was time to relax and unwind from the week. It was a good system. As a kid in that household, I knew my responsibilities. There was a time for work, and a time for play, and I could be fully committed to the right activity at the right time. 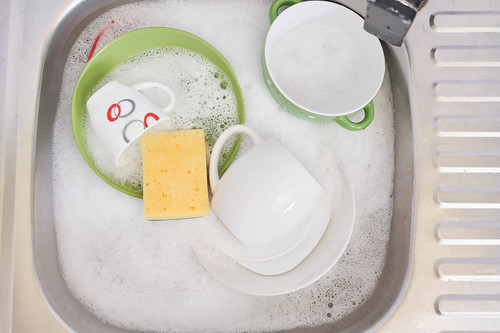 Apparently Mary and Martha didn’t have a chore wheel. Our gospel lesson today centers on a complaint from Martha, who has been saddled with all the responsibility for providing hospitality, while Mary enjoys Jesus’ company and teaching, and a demand that Jesus order her sister to help her. Jesus refuses, telling Martha that whereas there are many things that are claiming her time and attention, only one thing is needed, and that one thing Mary has chosen will not be taken away from her.

There’s a lot going on here, so let’s take a step back and remember where we are in the bigger story Luke is telling about Jesus’ life. Jesus is on the road. He has set his face toward Jerusalem, and he is not going to stop until he gets there, where—as Jesus knows and his disciples don’t—he has an appointment with the cross. But right now he’s traveling, he’s far from home, and so he relies on the hospitality of those people on his way who are intrigued by him and drawn to his teaching about the kingdom of God.

Martha was one of these people. Martha’s name in the Aramaic language means literally “mistress,” a female head of household. In John’s gospel, Jesus is friends with three siblings—Martha, Mary, and Lazarus—but they live in Bethany, just outside Jerusalem, and there’s no indication that Jesus is that close to his destination yet (and no Lazarus in this story!), so this is probably a different family.

Living on her own, with only her sister, and without a husband or parents, it’s likely that Martha was a widow. To take the initiative in inviting Jesus to stay with her, and then to speak to him as boldly as she does, we can probably assume that she’s courageous and tough and practical. Life has thrown a lot of hardship and heartache Martha’s way, but she’s survived and held her own. Still, there’s something about Jesus and his message that fills her with hope…

… if only she had enough time to sit and hear him! Martha does what she knows best, and that is to buckle down and work hard! She would have busied herself with providing the hospitality that any hostess would offer a guest—clean water and moisturizing oil for Jesus to recover from the rigors of the road, a hearty meal to satisfy the mouth and stomach, and a comfortable place to sleep.

Our English translation says that Martha “was distracted by her many tasks.” But that’s not quite right. A child gets distracted by a toy on a store shelf. A dog gets distracted by a tasty bit of food. We get distracted by things that captivate our attention and desire, things that draw us toward them, things we want—whether or not they’re good for us. But the Greek word Luke uses here is περισπᾶσθαι, which means to be set upon and dragged away, like you’re being abducted. So Martha is not “distracted” by her tasks. She’s oppressed by them. In this moment, Martha does not want to be the hostess. Martha deeply wants to be with her sister, sitting at Jesus’ feet. But she feels the force of her upbringing and cultural tradition, which tell her that as a woman this is not her place, that to hear a rabbi expound on the scriptures is a privileged reserved for men. Women took care of life’s dirty necessities—not only housework, but childbearing and child care, and tending to the sick, the dying, and the dead. That was where Martha was supposed to expend her time and effort. That was her place.

And so her complaint to Jesus comes from jealousy and resentment. Why should Mary get to take in Jesus’ message of hope and freedom and new beginnings while Martha was still held captive to women’s work? “Lord,” she says, “don’t you care that my sister has left me to do all the work myself?”

And Jesus does something astonishing. I don’t hear his words to Martha as a rebuke, but an invitation. He gives her permission to set aside the work she finds so burdensome. It was all for his benefit anyway. Really, Jesus says, it’s OK! If you want to just sit and be with me, sit down. Jesus says these words to her not to scold her, but to set her free—free from all the cultural conditioning that worked its way into her head, free to do what she most deeply wants, which is to take her seat next to her sister.

I should say that this passage of scripture has been abused a lot over the years. In the Middle Ages, monks and nuns pointed to these verses as proof that they were just better people than everybody else, because they heard Jesus’ words to Martha as a commandment to all people everywhere all the time to lay down their life in the world and take up a life of contemplation and prayer. These people living in monastic communities had done this, so they had chosen the better part. But their lifestyle was only possible because of the labor of the people they looked down on, because of the working people who provided tithes of grain and wine and animals. You can’t step on someone’s back and then take credit for being taller. Jesus denounces the religious insiders of his own time for doing exactly this, so this interpretation of his words can’t be right.

And in our time, sermons on this passage are occasions for the women in the congregation to seethe silently while a male preacher—again, often someone whose lifestyle is supported by the work of women—spends an hour putting down the labor of others he depends on the other 167 hours of the week. Surely Jesus did not mean for his words to be fodder for men to complain that the women around them were too busy, all the while the men, through their actions, continue to demand and expect and benefit from this same busy-ness.

I don’t hear Jesus’ words as a for-all-time commandment. I don’t hear his words as judgment, saying that serving is worth less than learning and prayer. This is a special occasion. His visit to the home of Martha and Mary is a once-in-a-lifetime experience for them. And in Luke’s gospel, Jesus begins his whole preaching ministry by telling people that he’s here to proclaim Jubilee, a special time, the year of the Lord’s favor, when debts that were once binding are forgiven, when slaves are freed, when new beginnings become possible. What Jesus is doing is offering liberation—a new possibility—to two women who both want it, but only one whom can allow herself to believe it, at least at first.

It would be a disaster if no one cleaned house, cooked, or cared for children. And it is a sign of progress that in our own time people are working to transcend traditional gender roles to share these burdens more and more—even if we still fall short of equality. When I was growing up, the chore wheel and the Friday chore list were our family’s effort to document and share these responsibilities together, so that we were all doing our part, going all-out for the hour. But a big, important part of that agreement, especially on Friday evenings, was that when the cleaning hour was up, no matter what, we would sit down and rest together.

So I’m not saying we should let our housework go, let the grass and weeds in our yards grow waist-high, let the dirty dishes pile up in the sink, and let our families go unfed and unwashed and undressed. There’s a time for busy-ness and purposeful activity. But I wonder if we could take care to be more attuned to those special occasions, lest we fail to choose the better part. What if, as you consider all the tasks that confront you this week, what if you were to take just one of them, let it go, and spend some time praying over the prayer list from today’s bulletin? Or if that seems too daunting, what if you tried taking your tasks one at a time? By that I mean, instead of planning and worrying about the task #2 while you’re still doing task #1, what if you took that attention and focused on the people around you, praying for them, or if no one else is around, what about focusing on the objects in view and the people or concerns they represent? What if you made the space within your busy-ness for prayer, for being present and available to God?

In last week’s gospel, Jesus affirmed that eternal life consists of two things: loving our neighbors as ourselves, and loving God with our whole heart, soul, mind, and strength. The story of the Good Samaritan was about loving our neighbor. Today’s story is about loving God. It’s about asking ourselves whether we’re making use of every part of our lives to honor the God who loved us enough to take on our humanity, to walk with us and share our life and its joys and pains, to die for us. God came, God comes, to stay with us. That’s grace. That’s a gift, and it’s not something to be taken for granted. God has made God’s self available to us, present to us, and when we yield our attention, our busy-ness, our presence to God, we open ourselves to the life that is really life. And when we choose the better part, it will not be taken away from us. Amen.