The gospel lesson for this morning begins with a sense of urgency. The harvest is ready in the fields. The stalks of wheat are lying heavy with grain. These are images that would have struck home for Jesus’ first-century audience. This was what wealth looked like to them. When God smiled on the earth, and sent plenty of sunshine and rain, all the hard preparatory work of plowing and planting paid off. A plentiful harvest meant riches and security, and it was a joyful, exciting prospect.

But the harvest wasn’t a harvest until it was harvested! You needed to cut down the stalks of wheat, gather them, shake loose the rich seeds, and gather them into your barn, and then—only then—could you rest easy. The environment Jesus is describing is one of great opportunity, great potential—something the disciples didn’t create, but something he wants them to perceive. And the urgency comes from the fact that the richness of the harvest may well exceed the capacity of the laborers to gather it.

The harvest, of course, is the kingdom. It’s God’s blessings made manifest for God’s people. It’s all the things Jesus talks about at the start of his ministry—good news for the poor, release for the captives, recovery of sight for the blind.

Jesus shares his mission, and his power, sending out seventy missionaries. There was precedent for this in the Hebrew scriptures. In the book of Numbers, Moses complains to God about having to lead the people all by himself, so God has the people choose seventy elders who will receive a share of Moses’ spirit. They’ll share in his prophetic power, so that they can help the people reach the promised land. In the same way, Jesus appoints these seventy missionaries to go on his behalf into all of the towns he’s about to visit, to preach his message, and to heal the sick with his power.

When I was little, my family used to visit my great aunt in Lancaster County, Pennsylvania, and we used to go worship at her church, Donegal Presbyterian Church in Mt. Joy. It’s a historic congregation, one that was founded before the Revolutionary War, and with the Independence Day holiday coming tomorrow, I got to thinking about one of the stories the people of that church keep alive as part of their history. There was a large old tree in the church yard, and the story goes that when the British forces invaded Pennsylvania, an express rider arrived with the news during a Sunday worship service, and the whole congregation poured out of the sanctuary, joined in a circle around a large oak tree in the church yard, and pledged their support for the Revolutionary cause. We often think of the American Revolution as a struggle between armies, and that was part of it. But I don’t know that the war would have been won, and our nation’s independence achieved, without the participation of people like these, who perceived that something new was being birthed in their midst.

So Jesus sends of the disciples, like express riders, to proclaim the Revolution of the Kingdom of God. He sends them off in pairs. That’s because in these Middle Eastern cultures, you had to have two witnesses agree to something before you could accept the testimony as true. These partners in mission could strengthen and support each other on the road.

Let’s talk about how they accomplish their task, because I think that’s where we can learn something about doing witness in our own lives. When they come into a town, they’re supposed to find one house. One family. They’re not supposed to jump around from house to house. The seventy find one family that they spend time with, that they form a relationship with. 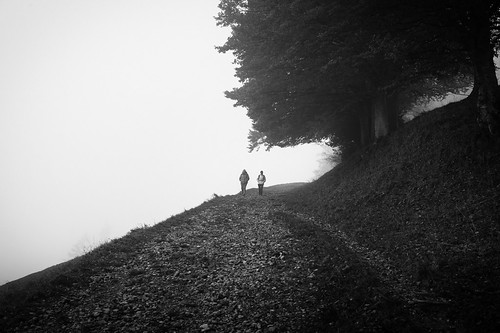 I think that’s true of us, too. I think God means to reach other people through us not by sending us to bang on doors of people we don’t know, but through our relationships. God can speak to others through us when our friends and coworkers trust us, when we’ve already gone out of our way to be helpful friends and attentive listeners. God’s rule, God’s kingdom means that we’re at peace and in right relationship with each other, because that’s part of God’s intention for us. Have you ever thought that you could show that God’s kingdom is near just by being intentionally present for someone in the course of your day-to-day routine?

Second, when the pair comes into a house, Jesus tells them to say, “Peace to this house!” There’s no room for judgment. The place could be a pig-sty. There could be family members not speaking to one another. It doesn’t matter. Jesus tells the seventy to announce to their hosts that God’s wish for them is peace, shalom, wholeness and health, rightness in their relationships with each other and with God. If it’s a place where God is already at work bringing that peace, then the family will be blessed. If the family is not open to receiving that gift, then, Jesus says, “Your peace will return to you.” In other words, the disciples won’t be diminished. They’re not doing anything wrong in offering a gift that can’t be accepted, at least not yet. And it’s the same thing for the towns they come into. Notice that if the town doesn’t welcome them and their message, the only thing Jesus tells them to do is to shake the dust from their feet and to say, whether or not you realize it, the kingdom of God has come near to you. In the grand scheme of things, that’s pretty mild. It’s as if they were to say, “You’re making a big mistake by not taking our message seriously,” and then to move on. He doesn’t tell the seventy to curse these towns. If they won’t listen to God’s voice speaking through the missionaries, then God will have to reach them some other way. But the point is that Jesus tells them to offer blessing and, if it’s not accepted, to move on and trust God to take care of these people.

I think for us this means that we always assume God is at work in someone’s life. Someone may not have a religion or believe in God or believe in anything. These things matter, because as human beings we’re built to be in relationship with one another and with God, and it makes a difference when our minds are open to this. But just because someone doesn’t believe, it doesn’t mean God is shut out of that person’s life. Maybe we can help people to realize that God’s kingdom, God’s rule, God’s intention for them is near if we pay attention to their struggles, if we help them to recognize the strengths and the gifts that they have, and then, in time, when they’re ready, to help them realize where those blessings come from. Again, you can’t do this as a fly-by-night missionary. This takes time. It takes getting to know someone and caring about them and listening to them when they talk about their struggles and their hopes. But I think it’s one of the ways that we, as followers of Jesus, can help people to see that God’s kingdom is near, near enough to touch.

Jesus tells the seventy to eat whatever is provided for them. Something special happens at a meal. We tend to let our guard down. After all, everybody needs to eat. But we also form a community when we share a common meal. We experience the same textures and tastes in the food. We become more open to the other people around the table. And when Jesus took his leave of the disciples during that Passover in Jerusalem, the act he gave them to remember him by, the act he gave them to cement them together as a community… was a shared meal. This need to eat that we have is a gift, because we can use it to form relationships and community. Have you ever that you could help people realize God’s kingdom is near just by making them part of a community—say your family—around a dinner table?

Jesus talks about other things the disciples can do. He tells them to heal and to proclaim the kingdom. I think we can do those things too, but only after we do the hard work of forming relationships and offering peace, as the seventy do. When they come back they’re astounded at the work God is able to do through them, and they eagerly and joyfully share their experiences with Jesus. Even the demons submit to us in your name, Jesus, they say. Those dark forces inside all of us that want to cut us off from other people and God can’t stand up in the face of this offer of peace and community. Still, Jesus says, don’t celebrate these accomplishments. Celebrate the fact that your names are written in heaven, that you’re on God’s roster, that you’re participating in this work of announcing that God’s kingdom, God’s rule, God’s life-giving intention for the whole world is near.

We often look at this story and place ourselves in the role of the disciples. But it’s just as true that often we’re the ones who need to be awakened to the nearness of God’s kingdom. We’re the ones who are called upon to welcome strangers who come with nothing but the clothes on their backs. We’re called upon to extend them hospitality and welcome, so that the peace of God that they bring with them falls on our house. Jesus says, to those he sends out like lambs into the midst of wolves, “Whoever listens to you listens to me, and whoever rejects you rejects me, and whoever rejects me rejects the one who sent me.” The welcome we extend, or fail to extend, to vulnerable sojourners is the welcome we extend, or fail to extend, to Jesus himself.

So may you perceive that God’s kingdom is near to you in your own life. May you seek out deep and lasting connections with other people. May you learn to recognize and show the ways that God’s peace is alive and active in the lives of others, and may God speak through you to announce that God’s kingdom has come near. Amen.